I started playing World of Warcraft (Wow) in August 2014 and I’ve been writing down my journey. If you missed  the previous parts then here’s part 1, 2, 3 and 4.This is part 5 in my World of Warcraft experience. At this point in my journey I am fully settled into my retribution paladin. I’m kicking ass and taking names. If I am not hunting achievements  I am busy leveling my followers or getting Savage Blood (for the upgrade of my gear to ilevel 650). I’m still loving the game and I cannot keep up with all the things I want to do.

Currently I am farming Emperor Shaohao reputation in the timeless isle for the elusive Reins of the Golden Cloud Serpent mount. 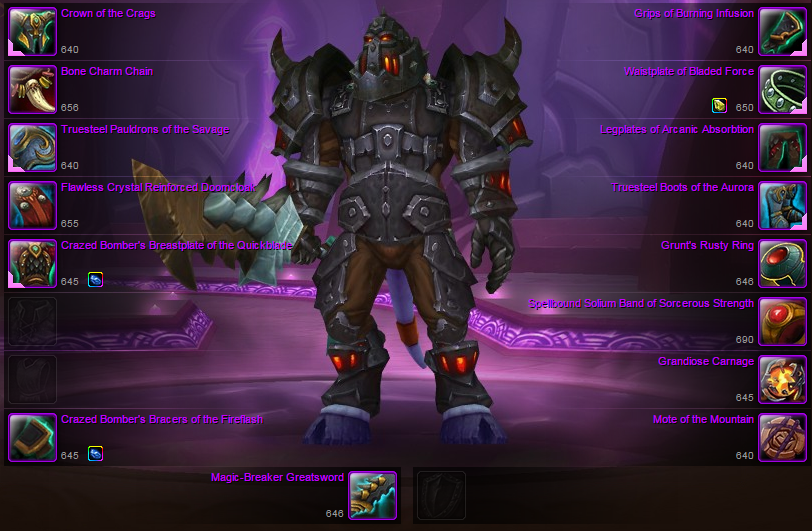 But, I want to go back something that happened to me way back in vanilla. It was one of my first experiences in a dungeon with 4 other players when I was still rolling with a Death Knight. Although I new absolutely nothing back then I was told that raiding is the best gaming experience one can ever have. So naturally I pressed the ‘i’ on the keyboard and clicked the infamous “Find Group” button.

I can’t recall what dungeon it was or even what zone but what I do know is that my first few dungeons was as confusing and frustrating as hell. Everyone in there seemed to know exactly what to do, where to go and who to attack. I was lost. I still tried to pick up the quest from the quest giver when I realized I am already behind. The bear running ahead was 1 times faster than my DK. The rest of the guys looked amazing. Everyone was geared to the max some pretty epic armor.

I persisted and I managed to do some damage at last. Yes! So this is what it feels like to RAID! Just when I thought “Oh crap I am going to die” someone healed me. And just when the biggest of the dungeon bosses charged towards me the bear (tank) drew his attention and saved my life. This is awesome.

Yet, my experience was short lived when early into the dungeon someone in the dungeon party sent me a message “DK turn of Blood“. I initially didn’t pay much attention to it yet the message seemed to increase in urgency and eventually became all caps. The bear was shouting at me and eventually all of the guys! “WTF N00b Turn of Blood PRESENCE!” What was this blood presence he was talking about?

And how do I turn it off?

I tried to reply via the chat but my messages didn’t seem to go through to the rest of the guys. I typed my message and it appeared in white. I quickly realized I am not addressing the instance and struggled to get my message across to all of the guys. How do I change my chat to instance? I was lost, people started shouting at me calling my a n00b. I quickly Alt+tabbed out of the dungeon and googled this blood presence. I then realized it had something to do with tanking and taking aggro but it was all new to me. Where do I disable this? By the time I tabbed back into the game I was kicked. Yup… I felt horrible. I let the guys down and I had no idea why. I only later realized that every person has a role. There’s  the healers, tanks and dps guys. My DK had it’s blood presence on and understandably I pissed everyone off in the dungeon.

Yet this did not phase me at all, I switched it off, and headed straight back into the Dungeon finder. I am a DK, and I will become the best there ever was!