Lies the church taught me 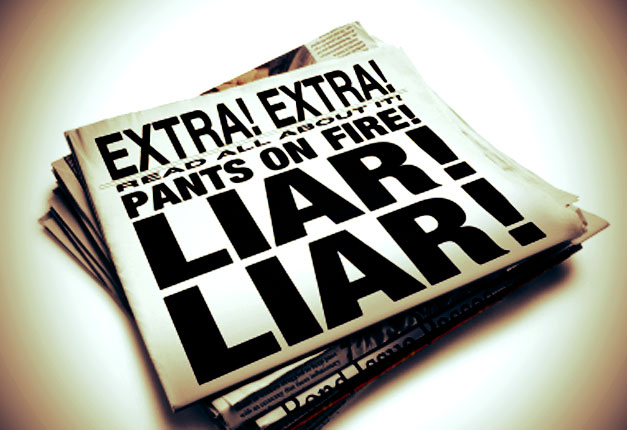 This post is by no means meant as missile aimed at the church to “pay them back” for the pain and suffering caused to  me and so many other loving people. It’s also not a post written by another church-hurt ex-christian that wants the world to know how unfairly they were treated. No. This post is a result of truths discovered as life continued outside of  the church. Which means the title should probably be something in the line of “Truths the church never taught me“. But as someone once said: half a truth is still a lie.

1. Lie: Our church have the only truth and everybody else is wrong

One of the core foundations of  the faith I was taught was that my religion is the only correct one. I was taught that there are many other religions but they are false  and not only is my religion correct, it is  the only one that is correct. Let’s for a moment forget the complexity of the term “truth” and assume that it  is possible to be “correct” or “incorrect” or have hold of  an exclusive path to salvation: for the people that believe they are in the only correct religion its actually quite fine and they by no means ever feel  they are arrogant in believing so. They feel  the onus is on the rest of  the world  to “catch-on” and also start believing the one and only true religion isn’t it? But for  those outside of  the religion hearing one group of people (that’s really not that much different than so many other groups) claim they are the only true religion…is as arrogant as it can get. Now  being arrogant may not be a bad thing depending on who you are but  its not something I particularly look for in a religion.

With regards to Christianity; Not once in the entire bible does any of  the prophets or  writers claim to be part  of the only true religion. They mention false religions yes, and false  God’s, but  never are they so arrogant to claim to be the bearers and holders of  the only truth and lone way to salvation. Only Jesus made once such a statement regarding  going to His Father through Him, but that verse’s meaning is debatable.

I refuse  to believe there is one path to truth and salvation after seeing the beauty in Islamic virtues, the amazing spirituality and truth in old vedic scriptures and the love bound up in the lives of Buddhists.

2. Lie: Our church is a mutually inclusive place with open doors to the world welcoming all 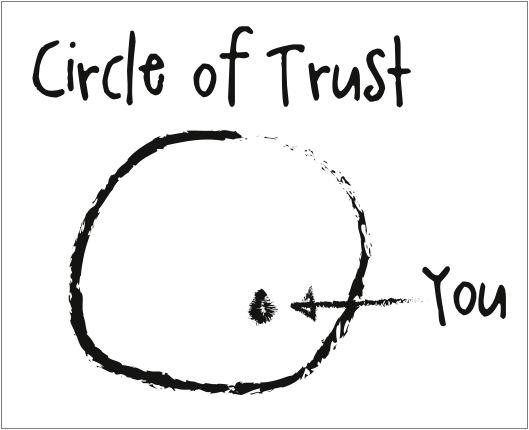 No matter what you are told  while being in a  specific church, the only people that are really welcome and for whom the “doors  are open” are those that are openly willing to change their lives  and beliefs to  be in line with that of the church. I always found it quite hypocritical that a claim is made that everyone is welcome “just like Jesus said  everyone is  welcome” but there’s a big catch  to being invited  and  becoming part of  the church: You are  welcome but you have to believe what we believe and you to (eventually) behave in line with what you now believe.

I understand that the concept of joining a church/religion means accepting their belief system which in turn opens you up to joining the community of the church. A  community that’s  doing wonderful work worldwide. So in essence everyone IN the church will always believe and mostly behave the same. But don’t  believe you are an inclusive group that exists with an open invitation to the world with no strings attached. No. You are an exclusive group of people that hang out exclusively together on certain days of  the week with the goal of bringing more people into your community/religion and getting them to believe and behave they way you do.

I’m not even mentioning people that are thieves, murderers, rapists, gays, other race, etc.

The only way to be truly inclusive is to not force your beliefs or  behaviors onto anyone else. Then you can invite people to your church, let them come but remove  the desire or need  to change them. Stop trying to “disciple” or “evangelise” everyone. Simply be and let  those who want to change out of free will.

3. Lie: Our church has no sin (compared to those outside)

I always had the impression that church is a place where people gather that are on a path to living a sinless life, if they are not already there. Quite wrongly I was taught that the people in church are the whole/healed/holy ones and the people outside are not. I was told  that church is a place where little, or at least little  to no sin is happening. Little did I know that sin is just  as  prevalent in the church as it is outside. the only difference is church-goers  are  very  good  at hiding it and not talking about their own sin openly.

The truth is there’s  just as much sin in the church as there is outside, we’re  all sinners and there’s  no denying this. We cannot  and never will STOP sinning for as long as we live. Paul said where there is sin there is grace, and I’ve surely seen lots of grace at churches so do the calculations. I  just wish  the people in the church would be more open about their sin and not give this appearance of being perfect. This is a huge hypocritical downer to the people looking in from the outside.

In my opinion sin should be one of the most commonly shared characteristics among the people in the church. You NEED God that’s  why you’re at church to begin with correct? Sin is nothing to  be ashamed of. Once you grasp  the  price has already been paid for  all your sin (past  present and future) it makes talking about it so  much easier. It makes all your sin past-tense even if you sin tomorrow.

4. Lie: The more you sin the further you are from God

This is probably one of the biggest lies taught in churches. There’s  a plethora of verses in the bible that tell us that nothing can separate  us from God and His love for us. This is a very  comforting thing to know in times of need. Yet we fail to apply this to our own sin. Somehow we think “yes nothing can separate us but our own sin can separate us”. It  is only due to false  teaching that we’ve become accustomed to feel as if we’re  moving away from God when we sin, when in fact it is not possible to do so. The truth is that sin does indeed make you feel sad, make you feel guilty or make you feel disappointed like a small child that disobeys their father. This  in no way makes the father pull away or  cause a separation between them, in fact it  draws them closer together to address the issue of sin/disobedience/hurt.

Your sin does not separate  you from God. There are other and very real consequences of sin but it has no bearing on your distance from, or love received by God.

5. Lie: Salvation is eternal BUT sometimes more repenting is required just to ensure your ticket to heaven is still booked

While in church I never really felt  secure about my position in heaven. There was always that uncertainty after I sinned. Will God still let me in? This left me grovelling on my knees before God asking for forgiveness over and over again (which technically was  forgiven 2000 years ago on the cross). the cycle was as painful as it was endless. Sin -> Repent -> Continue -> (repeat). The only thing that made me feel more secure about going to heaven was my ability to sin as little  as possible. There were times when months went by of feeling great and then there were the rough times (which always came) where I was sure I am now going to hell . I was taught that sinners don’t go to heaven. Hence when I have sin my position in heaven is in question.

Sin has nothing to do with salvation. Salvation is about believing, whether you sin or not if your faith/belief is there you will have a place in heaven. This security was never taught to me. Sin is about missing the mark, its not living up to the potential and path initially set  out for you. Yes sin can change the path you’re on, possibly a more painful  one but  you are still heading to salvation.

Few places/organisations/institutions are in such a prime position as churches when it comes to being at the receiving end of free services from any and all its members. The “don’t waste your talents” and “serve the lord with a glad heart” teaching is always conveniently preached at  the beginning of the year or whenever the duties of the managing the church is becoming too heavy a burden or need to be kicked-off. It also just so happens that  the church is just the place for you to serve with your talents and gifts… for  free of course. There’s this idea that you have to DO a lot when joining a church. You can’t  just attend Sunday services and leave, no you have to at least join one “ministry” or  weekly event or  assist with the duties  somewhere to be considered an “active” member of the church. Do do do. This is a direct  contradiction of the “be” preaching that is also preached  from the same pulpit.

Accountants, doctors, cleaners, cooks, musicians, etc. Everybody is coerced into  thinking they have to DO  something when joining the church. “I have to show how much I love the Lord don;t I?” There’s  nothing wrong with willingly serving, heck I did that for more than 10 years but there comes a point when you really need  to question your own motives. Do you actually think your’e pleasing God? Or are you pleasing yourself? Is the church manipulating its members into running it’s  business services in order to stay profitable?

The fruit of a tree is as a result of a healthy tree inside, under ground. Only with a change in heart/mindset from within will you be able you start “doing” with a glad and open serving heart. It’s not the other way around… serving and “doing” does not change you on the inside (or at least in the ideal healthy way).

This is  only 6 examples, but I’m sure with enough  time and thought the list can go on forever.