It has now been just over 5 months after day 1 and a lot happened since my previous update. Here is part 1, and part 2 of my epic journey into the World of Warcraft.

I started out with my beloved warrior, but he didn’t last long. As I rushed through the game trying to get to level 90 before the new Warlords of Draenor expansion dropped in December I decided to start a new level 50 Death Knight. My warrior is still sitting on level 50.  I love the Death Knight. It is a great combination of being a warrior, yet also having a few ranged skills. Plus they look freaking cool! 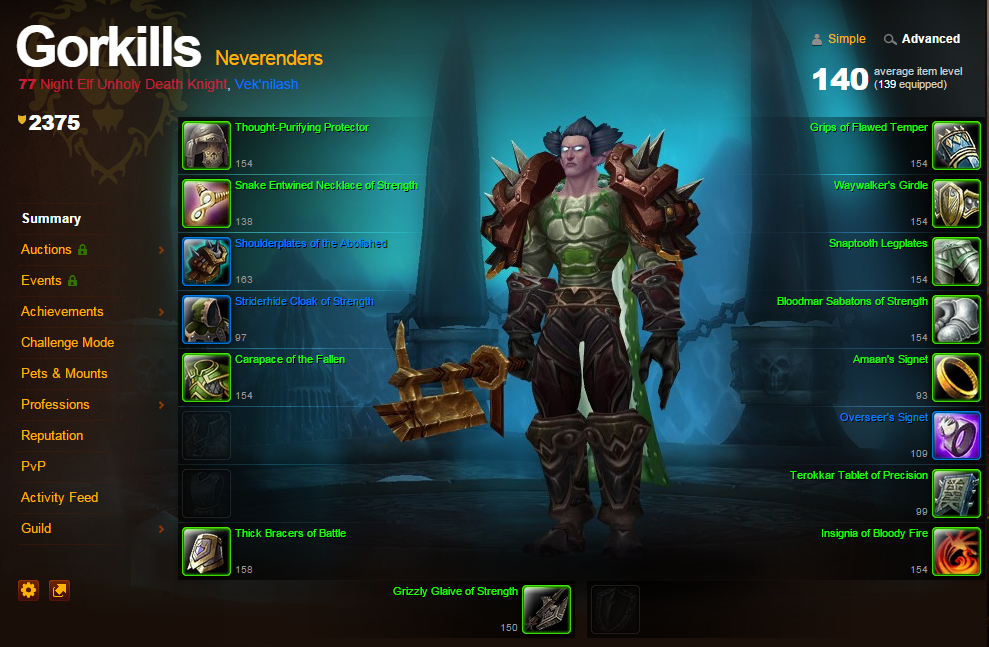 At this point of the game I was still farming the first expansion after Vanilla called The Burning Crusade. I experienced my first journey through the Dark Portal. II’m in  Outland and busy continuing my questing there.

From Vanilla ’till now

I still could not help but feel that World of Warcraft really is not geared to be played from Vanilla to the latest expansion like I’m trying. Leveling up a new character means you have to play the early zones. The struggle here is that the game plot and story line is really disjointed and you don’t have any idea of whats going on. There’s not many people around to raid with, no cinematics that tie story lines together. All you’re doing is going from one quest to the next. Being a new pleayer I really struggled to understand the beginning of Burning Crusade, what the story is and where to go.

Yet despite all this I hung in there and leveled my Death Knight to Northrend (the next expansion) to the valley of the Lich King. This expansion is famous for being the most popular expansion to date. My anticipation was very high when I first traveled on the boat all the way to Northrend. Unfortunately my experience here was very similar to all the other zones. It left me feeling confused struggling through aa disjointed zone with no clear purpose, mission or goal. It was here where I started to lose my enthusiasm. It was here where the game started to begin to feel like a grind. Never ending. Going from one quest to another was really getting boring. At this point in time I only did only a few dungeons and zero raids. The concept was still very new to me.

I was not in a guild yet.

The only thing keeping me grinding was the amazing world I am in, the lore that is absolutely unbelievable, and the hope  of being able to  fully understand the plot, do dungeons, do raids and play with my friends once I hit level 90. It is worth mentioning that I kept on watching lore videos from Nobbel that really helped  me again.

The new expansion (Warlords of Draenor) was just around the corner and it became clear that I was not going to be able to level to 90 before then. I decided to take my grinding a bit easier and rather enjoy and explore. I started visiting zones I never went to. I made my way through to Pandaria and eventually the Cataclysm zones.

By Warlords of Draenor launch day I was ready, I had already made my pre-order and I booted up and started the most anticipated World of Warcraft expansion to day. This expansion proved so many new things, and I was especially keep to try out my free level 90 boost character and garrisons!

This is the log on screen that greeted me on launch day, I typed in my log in details and hit ENTER… 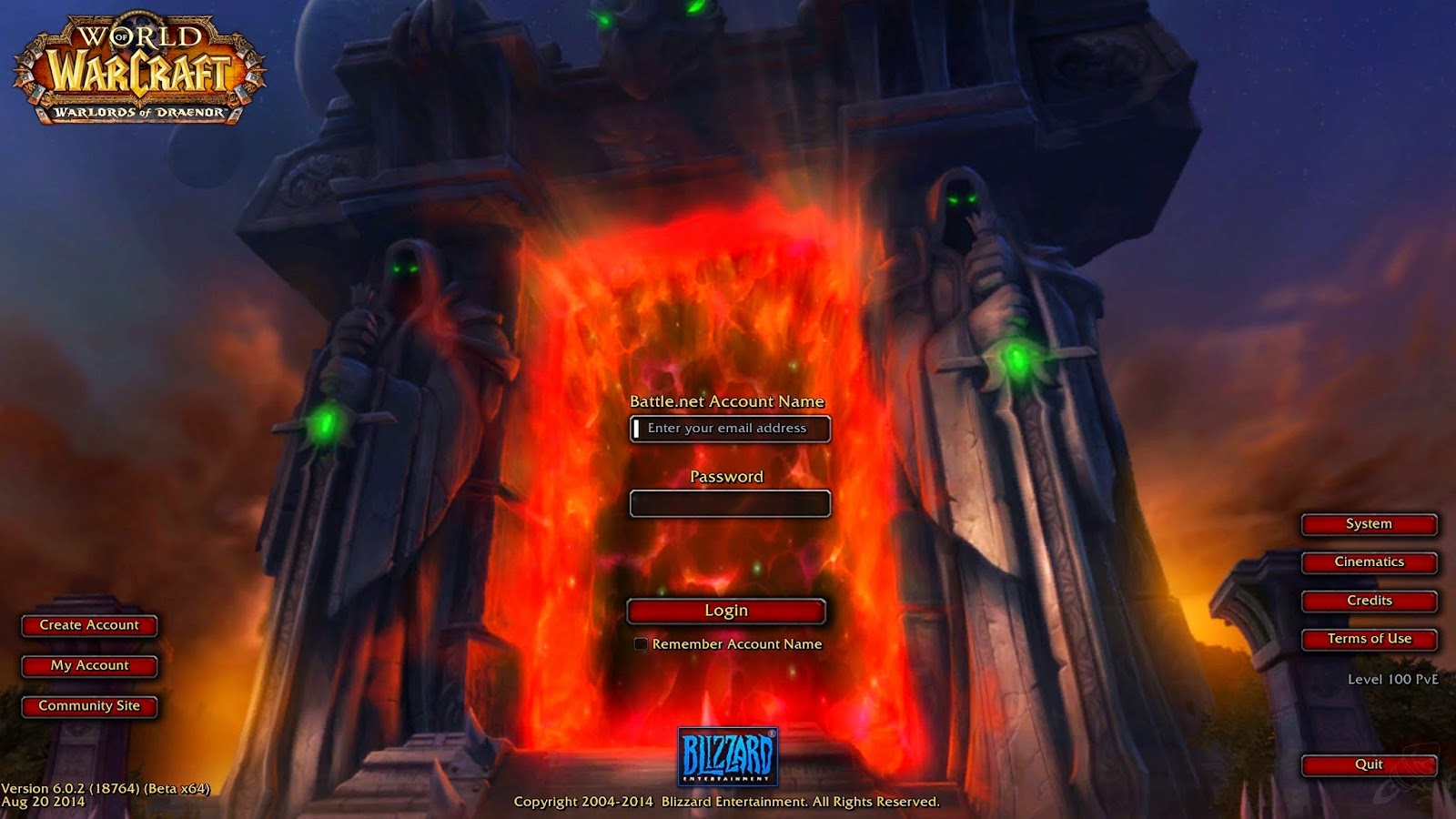